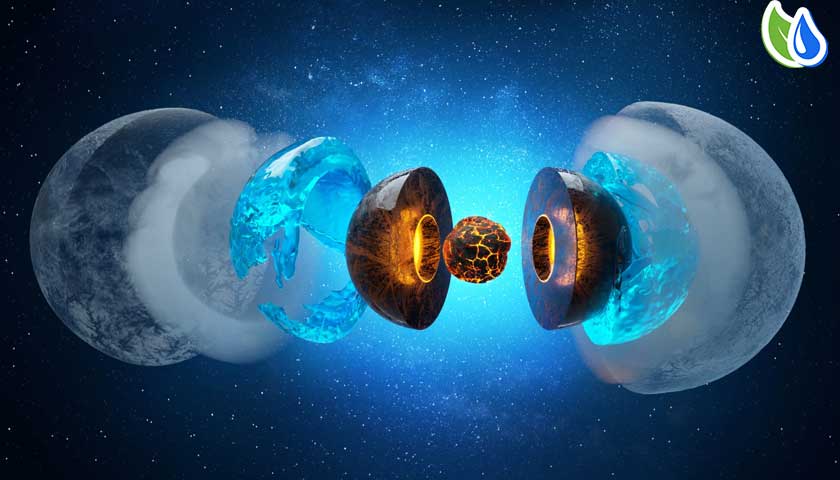 Water In the universe
Much of the universe’s water is produced as a byproduct of star formation. The formation of stars is accompanied by a strong outward wind of gas and dust. When this outflow of material eventually impacts the surrounding gas, the shock waves that are created compress and heat the gas. The water observed is quickly produced in this warm dense gas.

On 22 July 2011, a report described the discovery of a gigantic cloud of water vapor containing “140 trillion times more water than all of Earth’s oceans combined” around a quasar located 12 billion light years from Earth. According to the researchers, the “discovery shows that water has been prevalent in the universe for nearly its entire existence”.

Water has been detected in interstellar clouds within our galaxy, the Milky Way. Water probably exists in abundance in other galaxies, too, because its components, hydrogen and oxygen, are among the most abundant elements in the universe. Based on models of the formation and evolution of the Solar System and that of other star systems, most other planetary systems are likely to have similar ingredients.

Water vapor
Water is present as vapor in:

Water vapor, water vapour or aqueous vapor is the gaseous phase of water. It is one state of water within the hydrosphere. Water vapor can be produced from the evaporation or boiling of liquid water or from the sublimation of ice. Water vapor is transparent, like most constituents of the atmosphere. Under typical atmospheric conditions, water vapor is continuously generated by evaporation and removed by condensation. It is less dense than most of the other constituents of air and triggers convection currents that can lead to clouds.

1 thought on “Water In the universe”