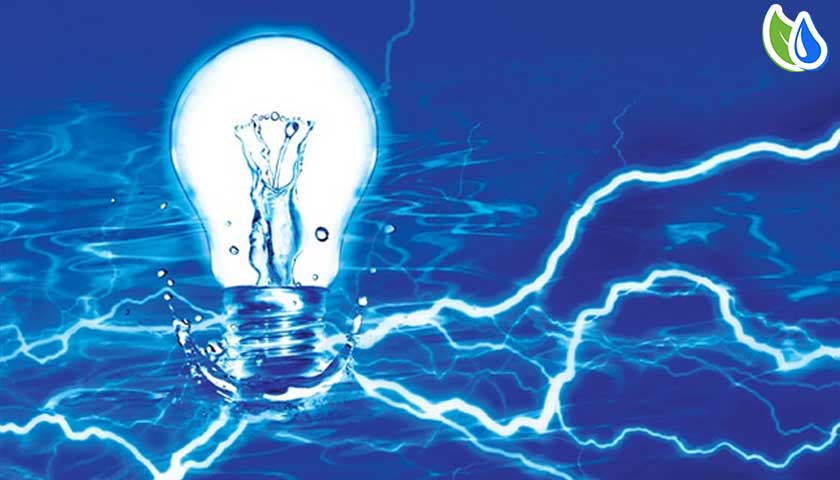 What is electricity?
Electricity is the energy generated by the movements of electrons (negative charge) and positrons (positive charge) within conductive materials.

Hydroelectric energy
A study by NASA states that the origin of life may be found in the electricity generated naturally on the sea floor some 4,000 million years ago. Water and movement are a source of life and, thus, also a source of energy.

Our ancestors knew this and used the currents in rivers to move large mills. More sophisticated versions of these water mills are used in hydro-electric power plants. A dam blocks a river with a concrete wall, flooding the area around the plant and creating an artificial lake. The retained water harbours enormous potential energy.

Water is one of the strongest and most powerful forces of nature. That torrent can be converted into kinetic energy (the energy of a body in motion). Under the force of gravity, the water travels downward through a series of large pipes called penstocks. This makes the blades of the turbines spin quickly.

The turbines supply mechanical energy to the plant’s electric generators. A transformer increases the electric power and transmits it to the power grid, which then supplies power to your TV or washing machine.

This system utilises the vertical movement of seawater, which is caused by the gravitational force of the moon and sun on the sea. The ebb and flow of the tides generates tidal power.

At present, there are three different types of tidal power plants:

Tidal barrages: built at river mouths, tidal barrages are quite similar to hydropower plants. They harness the potential energy generated by the difference in height between high and low tides. Although they produce large amounts of energy, these facilities are quite costly to build and maintain.
Tidal stream generators: the tidal flows drive a series of axial turbines, similar to wind turbines, which generate mechanical energy. This is the simplest and most economical method, with the lowest impact on nature. As no dam needs to be built, it does not alter the ecosystem in the sea.
Dynamic tidal power: this method is merely theoretical, as it has never yet been successfully applied. It would combine the two methods described above. To do this, dams would be built off the coast and further out to sea creating a T-shaped structure that, on one side, would retain the force of the high tides and, on the other, the energy of the low tides.
Tidal energy stems from the movement of water caused by the high/low tide cycle.

Geothermal energy
Moving out of the water and onto dry land, let us know look at geothermal energy, a system which uses the heat stored inside the earth, in hot rocks and/or hot springs.

The thermal energy contained under our feet is tremendous. By simply digging to a depth of some 10 metres, we find temperatures of around 17°C year-r due to the thermal inertia of the soil.

To harness this energy, geothermal heat pumps are used to extract heat from the earth or release heat into it, depending on whether the goal is to heat or cool the air, or to heat water.

One of the most precise methods is to inject liquid water deep into the earth to raise its temperature; the water is turned to steam and returns to the plant carrying a great deal of energy, ready to be transformed into electricity.

This energy can be used for different purposes depending on the characteristics of the source: